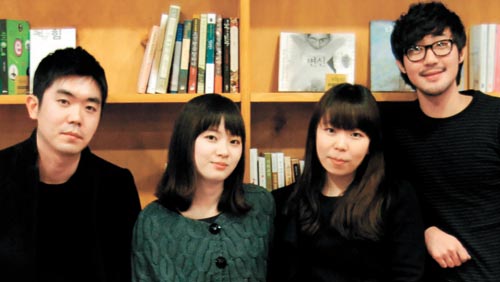 
A group of four Korean students on their first trip to South America has been awarded the grand prize in an international landscape architecture competition in Colombia.

City Museum Medellin 2010 is an annual international architecture competition organized by the National University of Colombia. Last year, the competition was to design a museum for the city of Medellin, considered the second-most important city in Colombia.

After reading about the competition online, Kim and the other students formed a team, called themselves Studio X and went straight into gear. Their goal was to “create a design that would not only reflect the history and culture of the city but could also become a city landmark.”

The students, who had never been anywhere near Colombia, used the Internet and satellite maps such as Google Earth to learn about the city’s history and culture as well as understand the landscape of the city and its geographical features.

“We were able to overcome the limitation of not being able to visit the city in person by using the Internet,” Kim said, adding that “the fact that none of us had visited the place stimulated our curiosity.”

They explained that the focus of the design was “communication between visitors, the city and nature.”

Studio X’s project was praised by the organizer, who said that the building’s “symbolic aspect as a landmark stands out.”

The students said they believed the fact that the museum they designed does not dominate but works in harmony with its surroundings earned them high marks. They expressed their hope that their design, called “Beyond the Icon,” would “contribute to bringing Medellin recognition as an international city.”