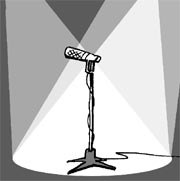 Richard Wagner’s opera “Die Meistersinger von Nurnberg” (“The Mastersingers of Nuremberg”) is about a young man who must win a singing contest to win the hand of the woman he loves.

The first act features a debate about how the winner of the contest will be chosen. The mastersingers want to be the ones to choose the winner, but a controversy arises when one of them suggests that the winner be chosen by the townspeople. The mastersingers scoff at the idea, saying they would rather keep their mouths closed than trust the ears of the public. In the end, the public is charged with making the final judgement in the contest.

The opera offers a condensed history of music and shows how music that was once reserved only for a select audience becomes appreciated by the general public.

The German composer was enthusiastic about public appreciation of the arts, but I wonder what he would have said if he saw “Survival: I Am a Singer,” a popular show on MBC the eliminates the contestant with the least number of votes rather than picking the best one. The contestants on the show are seven established singing stars who try to survive the competition after their performances are rated by a studio audience.

Although some have said that the show is more of a showcase than a competition, many viewers have praised the program, saying that it provides the public with a rare chance to enjoy the talent of the singers, who also have a chance to display their full potential.

However, a few flaws have been pointed out, mostly involving the voting system. For example, the singers who expend their energy on emotional performances tend to garner a more enthusiastic response than those who actually sing well. Some singers strain to hit high notes and hold them as long as possible to impress the studio audience that will ultimately determine their fate on the show.

The ability to write and deliver meaningful lyrics is as important as singing talent. Of course, today’s viewers might find that too boring because they want competition between singers to be as bloody as a match between gladiators. Perhaps the singers on the show should follow the advice of one of the characters in “Die Meistersinger von Nurnberg,” who said: “If you want to be a mastersinger, you first have to become a great singer and poet.”