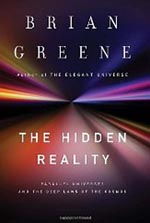 The Hidden Reality: Parallel Universes and the Deep Laws of the Cosmos

With crystal-clear prose and inspired use of analogy, Brian Greene shows how a range of different “multiverse” proposals emerge from theories developed to explain the most refined observations of both subatomic particles and the dark depths of space: a multiverse in which you have an infinite number of doppelgangers, each reading this sentence in a distant universe; a multiverse comprising a vast ocean of bubble universes, of which ours is but one; a multiverse that endlessly cycles through time, or one that might be hovering millimeters away yet remains invisible; another in which every possibility allowed by quantum physics is brought to life. Or, perhaps strangest of all, a multiverse made purely of math. -From the publisher 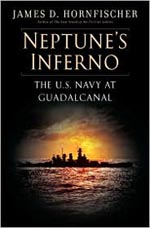 Neptune’s Inferno is at once the most epic and the most intimate account ever written of the contest for control of the seaways of the Solomon Islands, America’s first concerted offensive against the Imperial Japanese juggernaut and the true turning point of the Pacific conflict. Now, with his powerful portrait of the Navy’s sacrifice - three sailors died at sea for every man lost ashore - Hornfischer tells for the first time the full story of the men who fought in destroyers, cruisers and battleships in the narrow, deadly waters of “Ironbottom Sound.” -From the publisher


Eat People: And Other Unapologetic Rules for Game-Changing Entrepreneurs 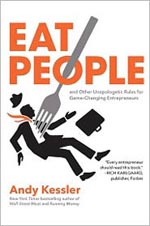 Kessler has interviewed technology billionaires and game changers like Michael Dell and Mark Zuckerberg in an attempt to determine what their success has in common. He approaches his subject with an irreverent, cocky attitude and gives advice that comes heavily colored by his own political and philosophical outlook. While he doesn’t come right out and say it, he’s clearly a fan of Ayn Rand and is quick to accuse environmentalists or anyone concerned over the impact of industry on the planet as both blocking progress and mooching off of the successful. -Publishers Weekly 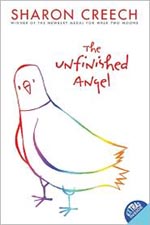 In a tiny village high in the Swiss Alps, life for one angel has been the same, well, for as long as she (or he?) can remember. Until Zola arrives, a determined American girl who wears three skirts all at once. For neighbors who have been long time enemies, children who have been lost and villages who have been sleepily living their lives: hold on. Zola and the angel are about to collide. Zola is a girl with a mission. And our angel has been without one til now. -From the publisher


Known and Unknown: A Memoir 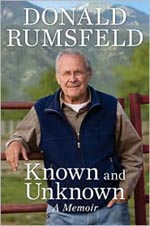 This book reveals what happened behind the scenes during the critical moments of the Bush years, as the president’s inner circle debated how best to defend the United States. It is based not only on Rumsfeld’s memory but also on hundreds of previously unreleased documents from throughout his career. It also features his blunt, firsthand opinions about some of the world’s best-known figures. In a famous press briefing, Rumsfeld once remarked that “there are also unknown unknowns . . . things we do not know we don’t know.” His book makes us realize just how much we didn’t know. -From the publisher