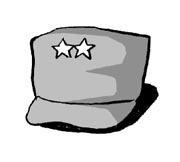 The word “revolution” means “a complete turn,” and it came to signify a drastic change in power thanks to 16th century Polish astronomer Nicolaus Copernicus. In his book, “On the Revolutions of the Celestial Spheres,” he advocated a heliocentric cosmology, which said that the Earth and the other planets revolve around the sun. This was in direct contrast to geocentrism, which put Earth at the center of the universe. His theory was so shocking that “revolutio,” Latin for “turn,” came to mean “overturning existing ideas and systems.” The concept spread to England, and revolution in English today means to overthrow.

In contrast, a coup d’etat, which is not exactly the same as a revolution but is often used interchangeably, has a negative connotation. Coup d’etat, the overthrow of a system by a certain group, especially a small group, literally means “a stroke of state” in French.

The most notable figure who seized power through a successful coup was Napoleon Bonaparte. He believed that a revolution can only be realized through the use of firearms and swords, and French citizens suffered from his iron-fisted rule. Of course, not all coups are criticized - the Meiji Restoration laid the foundation for Japan’s modernization.

In Korea, yesterday was the 50th anniversary of the May 16 Revolution. There is still debate about whether it was really a revolution or a coup. But there is little disagreement that Park Chung Hee’s action signaled a crucial turning point in the country’s economic development. Park, who led the coup, has been criticized as a dictator, but a recent survey put him at the top of the list of “presidents you want to vote for again.” These results have inspired us to reflect again on the past, present and future of Korea.