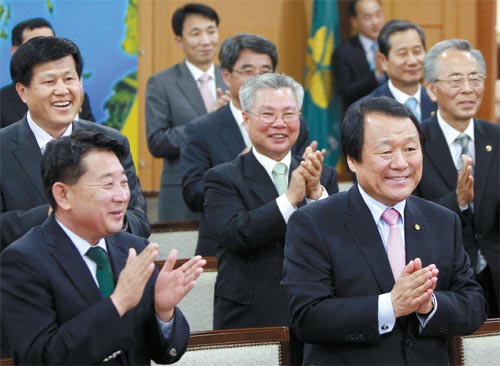 Daejeon Mayor Yum Hong-chul, front-right, and officials from the city react to television news that the city’s Daedeok District was chosen to be home to the country’s new science belt. The project has a budget of 5.2 trillion won ($4.8 billion), about half of which will go to Daejeon. [YONHAP]