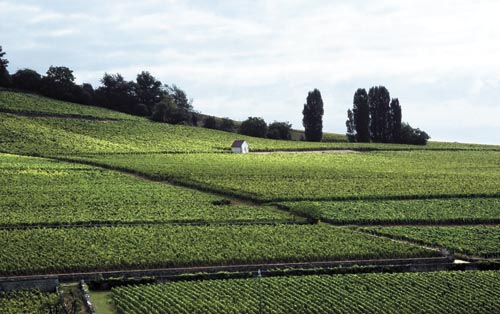 Tasting wine made by Maison Joseph Drouhin is like having a haute couture experience, according to Christophe Thomas, export director for the French wine producer.

“Everything is done by hand and is biodynamic,” he told the Korea JoongAng Daily last week during a winemaker’s dinner centered around Joseph Drouhin wines at the Grand Hyatt hotel in central Seoul.

He explained that the winemaker’s gravity-fed production method, in which they use the earth’s gravity during harvest and bottling as opposed to using a pump, makes a much purer, more harmonious wine without sacrificing the quality of the grapes.

Maison Joseph Drouhin, one of the premier wine producers in Burgundy, France, was founded in 1880. The company is now owned and operated by the great grandchildren of Joseph Drouhin. Along with its vineyards in France - Chablis, Cote de Nuits, Cote de Beaune and Cote Chalonnaise - the company also has a large, 50-hectare (123.5 acres) vineyard in Oregon, which it bought in 1987. 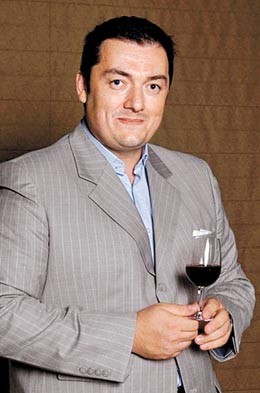 “Burgundy itself is a tiny region, but probably one of the most expensive regions in the world as well. There are more than 600 appellations in Burgundy - so lots of complications,” said Thomas.

“The distance between vineyards in Burgundy is very small - one or two meters [6.6 feet] tops. But the soil below is very different. So to make great wine in such a dynamic region, you have to give it respect, without trying to just give it style by using power.”

Wine from Joseph Drouhin first entered the Korean market in 2003 and is now imported by Lotte Liquor BG. Its Chablis, in particular, has been garnering a fan base here among those who are partial to classic Burgundy wines but don’t want to pay a fortune.

“What’s special about Joseph Drouhin wines is that although they have all these vineyards, even one in Oregon, the wines are always consistently good,” said Till Martin, executive assistant manager of food and beverage catering at the Grand Hyatt Seoul.

Thomas, who has been a wine exporter for nearly 20 years, reflected on how much the market has grown during his time in Asia.

“Fifteen years ago, even Japan wasn’t a good market for us. But over time, people discovered that the subtlety of Japanese food goes extremely well with wines such as Pinot Noir and Chardonnay. Wherever you have a culture that embraces food, you will find fine wine,” said Thomas.

He said that the wine market in China has boomed in the past two or three years, doubling every year in terms of volume. He also said that next to Japan and China, Korea is one of the most important markets for the company in Asia, with sales of Joseph Drouhin wines in Korea increasing 20 percent this year.

“The lucky thing about modernity is that you get more and better stuff. That’s the progress in life. It’s now easier for people to get into food and wine that is higher quality.”