I see red soup but I want to eat it black

I see red soup but I want to eat it black 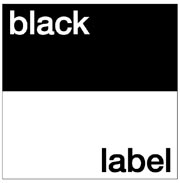 “Black is a color of the end of the century,” said Karim Rashid, a renowned industrial designer who has worked for high-end labels such as Sony, Prada and Kenzo. As the 20th century neared its end, Rashid got rid of every piece of black clothing he owned. He said that the black clothes were dark and pessimistic. He filled his closet with pink, silver and white.

Traditionally, the color black symbolizes death, darkness and evil. The word “black” comes from Old English “blac,” which means dark. Words and phrases with negative connotation often include “black.” Black Monday refers to the day when the New York stock market crashed in 1987, and a black market is a market that operates in the underground economy.

Funeral attire in Western culture is black because it represents the absence of color, and thus the disappearance of life. The origins go back to 323 B.C., when Alexander the Great died and people wore black to show their sorrow. British luxury carmaker Rolls-Royce originally had a red monogram “RR” on the radiator. When Charles Rolls died in a plane crash and Henry Royce passed away, their successors changed the monogram to black in honor of the co-founders.

On the other hand, black is also a symbol of dignity, authority and luxury. In medieval Germany, black meant power and physical strength.

“The Black Tulip,” a novel by Alexander Dumas, is about a competition to grow a black tulip. Set in 17th century Holland, the Haarlem Horticulture Society sets a prize of 100,000 florin to the person who successfully grows a black tulip. Tulips were a highly speculated commodity at the time and a black tulip was considered the most perfect, pure and beautiful.

Companies use the luxurious image of black on high-end merchandise. “Black labels” are made of top quality material and are produced in limited quantity to be sold at a premium.

Several years ago, a credit card company offered a black card for a select group of 9,999 clients. Ironically, the designer of the black card is Karim Rashid, who does not like the color.

Recently, Shin Ramen Black, a premium spinoff of the popular instant noodle, became a big hit, with sales of over 9 billion won in a month. The noodles cost two times as much as the original. But instant noodles are enjoyed by common people for their convenience and affordability. You can pursue luxury and nobility, but black label Ramen is probably going too far.