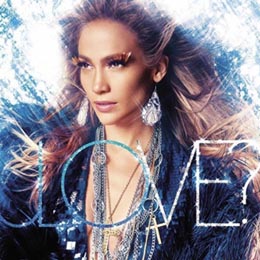 Jennifer Lopez’s latest single, the international smash “On the Floor,” opens with this line: “It’s a new generation of party people.” Luckily, the singer has taken note.

Lopez, 41, is not the same star she was 10 years ago, when she dominated both pop and urban music charts. She struggled with 2005’s “Rebirth,” and was worse off with “Brave,” which came later.

Lopez has never been a musical icon, and probably never will be. But she is a great entertainer, and that is reflected throughout most of her seventh album, “Love?”

“On the Floor,” which has the “party, party, party” vibe that has taken over Top 40 radio, is irresistible and addictive. It was produced by RedOne, the man behind Lady Gaga’s “Bad Romance” and “Poker Face.” The hit-maker also works his magic on the celebratory dance jam “Papi.” Lopez also has future hits with the Lil Wayne-assisted “I’m Into You” and “Good Hit,” a Fergie-sounding jam produced by The-Dream and Tricky.