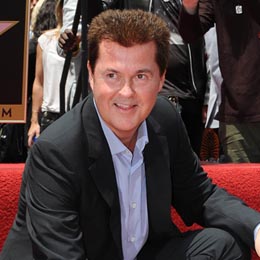 LOS ANGELES - Simon Fuller, the British creator of hit TV show “American Idol,” received a star on the Hollywood Walk of Fame on Monday surrounded by some of the real-life stars he has helped to create.

“Whenever I see that star, I won’t see my name, I’ll see all names of the people I’ve worked [with] and all those amazing artists and people that have helped me achieve this stuff,” Fuller said as his star was unveiled.

Fuller recalled that when he and Simon Cowell first tried to sell the show in the United States, “we had that show turned down by every single network” with the exception of Fox. Created first in Britain as “Pop Idol” in 2001, the format has since been sold to more than 120 countries.