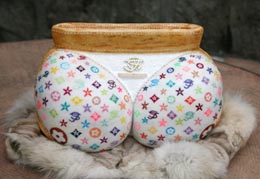 To June 4: Women’s high heels and handbags are not often considered subjects for art. Instead, they are seen as representing rampant commercialism and a woman’s desire for fashion and beauty.

To June 5: Renowned for his realistic depiction of human figures using polymer clay, Choi Xoo-ang is known for expressing emotions that are taboo in Korean society.

Through his works, the artist attempts to convey the message that we are not alone.

The exhibition is divided into three parts - “Vegetative State,” “The Blind for the Blind” and “Ordinary Laboratory” - all of which aim to represent the helpless fate of human beings of having to succumb and adapt to the massive system called society.

Born in 1975, Choi received his M.A. in sculpture from Seoul National University in 2005 and has several of his artworks in the Seoul Museum of Art and National Museum of Contemporary Art.

To June 10: Exhibitions normally show what people see, but in this exhibition, artists Lee Moon-ho and Han Kyung-woo aim to portray what people do not see - their blind spots.

Media is everywhere, in the form of photos, TV sets and in other confined spaces. What people normally see through the screens is limited because of the restricted angle and space around the image.

Lee and Han flip over the unseen areas of these spaces, revealing their blind spots. 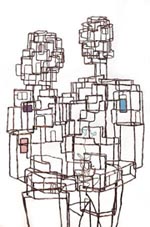 To June 5: Through his works, artist Mo Jun-seok conveys the message that interaction is essential to survival.

Mo created houses of copper wire and stained glass as a metaphor for community. The interior of the houses is left empty, highlighting the importance of communalism and socialization.

Mo received an M.A. in sculpture from Kookmin University and has several of his artworks at the Chungmu Art Hall in Seoul.

To June 26: This exhibition features around 45 paintings, sculptures, new media and photographs by 24 iconic artists. Included in the collection is the world premiere of Kim Sooja’s video piece “A Needle Woman,” which has never been shown in its entirety. The video consists of eight channels, each showing Kim in a different city, and the videos all start and stop simultaneously. In each video, Kim stands as straight as a needle amid pedestrians on the street. The piece portrays the artist’s distance from ordinary people.