You don’t have to have it all, Mr. Kim

You don’t have to have it all, Mr. Kim 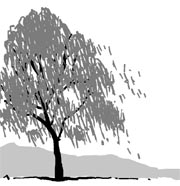 That’s how the expression “Yangzhou Crane” became a synonym for human greed. Chinese poet Su Dongpo lamented in his poem “Green Bamboo House” that “if one could enjoy wealth and honor and become immortal as well, we wouldn’t say the Yangzhou Crane is greedy.”

The history of the city of Yangzhou goes back 2,500 years. Originally, Yangzhou was a riverside village with willow trees. Ancient documents portray Yangzhou as a “city of willows.” The character for Yang was then changed to a character meaning “hand” instead of “tree” during the reign of Emperor Wen of the Sui Dynasty. He was the one who ambitiously began construction of a grand canal. Yangzhou was the south gateway at the Grand Canal that connects the Yellow River in the north and the Chang River in the south. Maybe the construction project required many hands and that’s why the character was changed.

Yangzhou was also the center of Southern Chinese civilization and the gateway to the world. During the Tang Dynasty, over 5,000 foreign merchants from Silla, Arabia and Europe lived there. Choi Chi-won, who passed the Chinese imperial examination and put down Huang Cao’s rebellion, and Marco Polo, the Venetian merchant known for “The Travels of Marco Polo,” also stayed here. The Chang River is also called the Yangtze River after the famous Yangtze Bridge in Yangzhou and Westerners mistook the name of the bridge as the name of the river.

North Korean leader Kim Jong-il recently visited Yangzhou. He made the long journey by train and met with former Chinese President Jiang Zemin, who was born here, 20 years after his father Kim Il Sung met Jiang in Yangzhou. At the time, Kim Il Sung told Jiang that he was pleased to have met every third-generation leader of China. Of course, we can’t know what Kim’s son discussed in the meeting. But hopefully his trip provided him with a chance to learn from the story of the Yangzhou Crane and break the illusion that he, too, can have it all.