Taking responsibility for all your lips do

Taking responsibility for all your lips do 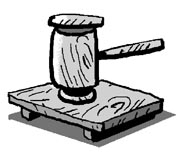 When Zeus, the King of the Gods, thought that men were getting arrogant, he divided the human body in half. Then he stitched it back in half and tied it in a knot, which became the navel. The human face originally faced backwards, but Zeus turned it around to the face forward so that men could look at their belly button and be reminded of their punishment. Thus, humans were divided in half, and are metaphorically searching for their other half - love. In Plato’s Symposium, ancient comic playwright Aristophanes defined love as an attraction to the lost half.

Love is a desire to recover the original wholeness and the lips are the channel through which this desire is conveyed. A kiss, the physical act of meeting the lips of another, is a sort of performance to ascertain if the other person is one’s lost half. The lips are also the last gateway that words pass through. They are the exit through which the brain’s deepest secrets are expressed. Love is completed through the lips.

Interestingly, studies have found that lips age. The lips of Korean women become longer horizontally, but get thinner as they grow older. Even the fullest lips lose their plumpness. When the lip muscles get loose, words often slip out and mistakes are made, which can insult others.

An insult is a degrading and offensive statement. The Supreme Court defines an insult as “an expression of an abstract judgment or disparaging feelings that can degrade the social evaluation of a person.” The law punishes offenders who publicly insult another person. Here, “publicly” refers to being recognized by a large and unidentified number of people.

The court set a new precedent for this in a ruling against lawmaker Kang Yong-seok. He told a group of female university students that they’d have to “go all the way” to succeed as an anchor.

While referring to the occupation as a whole, he insulted the honor of each individual engaged in the occupation, the court ruled. It is the first case in which the court recognized an insult against a specific group.

As an incumbent member of the National Assembly, the significance and impact of his remarks are grave. Kang implied that anchorwomen actually have such experiences, and hence, insulted the anchorwomen as individuals. He seems to have forgotten that once the words leave the lips, you have to assume full responsibility for them.