The alluring illusion of the perfect crime

The alluring illusion of the perfect crime 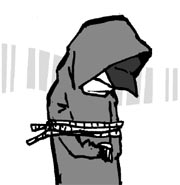 In 1924, two elite young men kidnapped and murdered a boy in Chicago. The motivation of the criminals, known as Leopold and Loeb, was to commit a “perfect crime.” It was as if they were trying to prove their intelligence and superiority. Their story has been the subject of several artistic works, including the film “Rope,” directed by suspense master Alfred Hitchcock and written by Arthur Laurents, the late American playwright who wrote the musical “West Side Story.” The brutal crime also inspired the musical “Thrill Me: The Leopold and Loeb Story,” which premiered in Korea in 2007.

Few criminals who plan a crime believe that they will get caught. And almost all of them dream of committing a perfect crime. This mentality is one reason why criminal activity has not been eradicated. To commit a perfect crime, one must leave no evidence behind. As long as there is a lack of evidence to prove guilt, the offender can claim his innocence.

However, we have learned from history that there is no such thing as the perfect crime. Just as a snail leaves a trace of itself as it moves, all crimes leave evidence. The only way to get rid of the evidence may be to throw it into a black hole. According to British physicist Stephen Hawking, all material is lost forever when it enters a black hole. A criminal may destroy and burn a computer CPU to get rid of evidence, but with advanced digital forensics technology, the computer’s memory can be recovered and used as evidence in court.

Evidence is not the only obstacle to completing a perfect crime. In Fyodor Dostoyevsky’s “Crime and Punishment,” protagonist Rodion Romanovich Raskolnikov gets away with a perfect murder but turns himself in because of his “conscience and sense of guilt.” Socrates said that one should not commit a crime even when a perfect crime is possible as only righteous actions guarantee true happiness. Karma and the mechanism of fruition and retribution in Buddhism are inspired by the same belief.

A university professor recently attempted to commit a perfect crime by killing his wife and concealing the body. He planned his crime meticulously but his dream of getting away with it shattered when the body turned up in a river and became the most critical piece of evidence in solving the murder. The shocking stupidity of criminals like the professor obsessed with the vain idea of a perfect crime leaves me feeling bitter about humanity’s general lack of decency.