Our role in a hero’s fall from grace

Our role in a hero’s fall from grace 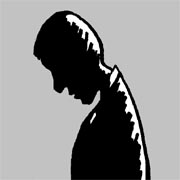 Julius Caesar was once the hope of the Roman Republic. With charming speeches and decisive actions, Caesar enjoyed unusual popularity from the public. As a military commander, he accomplished glorious victories and thanks to Caesar’s campaign, the Roman territory expanded to the North Sea. In 49 B.C., the Senate - which represented the interests of conservative aristocrats - felt threatened by Caesar’s remarkable rise and summoned him back to Rome.

Caesar, as if waiting to be called back, led his great army and crossed the Rubicon. Those who supported Caesar welcomed him enthusiastically, but after he seized power, he no longer wanted Rome to be a republic. Marcus Junius Brutus was disappointed that the young hero had transformed into a dictator, so he assassinated him. But his actions could not change fate. After a civil war, Gaius Octavius, a grandnephew of Caesar, inherited the throne, and the democratic politics of the Roman Republic ended.

There are many examples in Korean history of heroes turning into villians. The 12th century Goryeo military general Cheok Jun-gyeong was a notable case. He came from the lower class, but with outstanding bravery and military skill, he contributed greatly to driving the Jurchens from the northeast and constructed nine fortresses there during the reign of King Yejong. Provincial Governor Yun Gwan had a high regard for Cheok’s talents and adopted him despite his humble origins. But after King Yejong died, Cheok was impeached for treason by Jeong Ji-sang, a high-ranking minister, and was eventually sent into exile.

How did Cheok’s life change so suddenly? His father’s fall from grace may have led him to believe that leading a courageous life would not guarantee glory. Yun Gwan was the hero of the conquest of the Jurchens, but when the ministers returned the nine fortresses and established friendly ties, he was blamed for wasting national resources and energy on a war.

The movie “Dark Knight” depicts Batman as a hero without a face and ends with a poignant lament: “You either die a hero, or you live long enough to see yourself become the villain.”

All of this reminds me of the recent case of a young prosecutor-turned-auditor who was once a symbol of justice but turned out to have been involved in a corruption case. His case makes me think that, in a society that doesn’t respect its heroes, young souls inspired by righteousness will not be able to resist the temptation of wealth and power. It’s time to look at where we are.