[INTERVIEW] An IT powerhouse beset by piracy

[INTERVIEW] An IT powerhouse beset by piracy 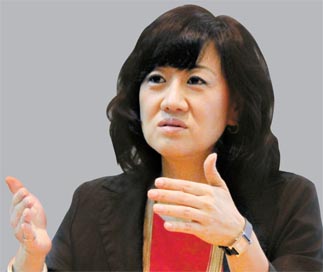 After buying a new computer, a friend gives you a “special deal” on new software. It’s illegal, but how many would refuse?

That seemingly harmless act is quite damaging, according to the non-profit, global organization, Business Software Alliance. In fact, it hinders potential economic growth and job creation.

BSA’s slogan is “Safe and Legal Digital World” and it operates in more than 80 countries, counting Apple, Adobe, Microsoft, Intel and Dell among its members.

The Korea unit opened in 1991 and has since worked as the “industry police” to promote safe and legal transactions.

Korea, though it prides itself on being an IT powerhouse, is particularly notorious for software piracy. Against this backdrop, the Korea JoongAng Daily talked to Sunny J. Park, co-chair of the BSA’s Korea unit, on why so many Koreans opt for illegal software, and what could be done about it.


Q. Oftentimes, it’s hard to relate software piracy to things like GDP and employment. Can you give us a sense of the impact software piracy can have on the economy and our standard of living?

A. According to data by market researcher IDC, should the illegal software piracy rate drop by 10 percent in Korea, it will increase GDP by about 3 trillion won ($2.77 billion) and create some 20,000 new jobs.

This is understandable given the importance of the software business in Korea’s economy. Software is the engine for the IT industry. Without software, what good is hardware? If you look at the distribution structure of software, you will realize that it covers all sorts of industries - so just imagine the ripple effects. Furthermore, today IT infrastructure is being used in various segments and industries. So it’s no wonder that the growth of the software industry is vital for the growth of the country’s economy as a whole.

Would you say Koreans’ awareness of software piracy is low compared to those in other countries?

According to a recent BSA report analyzing the current status of illegal software piracy in Korea, the rate was 40 percent last year. That was a 1 percent decrease from 2009. In fact, if you look at the changes of that rate in the past decade, it has been steadily going down and I would say it is quite encouraging in that sense. But that’s not to say that the illegal software piracy problem is not serious here. Despite the decreasing illegal software piracy rate over the years, the size of the damage has actually grown. The damage was worth some 750 billion won last year, up 25 percent compared to 2009. As for the reasons, software businesses and the industry have grown significantly in size over the years and so has their influence on the economy. Also, there has been piracy of high-priced software, causing more damage.

What’s more, the 40-percent rate is far higher than the 27-percent average for the member countries of the Organization for Economic Cooperation and Development. Also, the average rate among advanced countries was even lower, at 20 percent. So the rate is a paradox, given Korea’s high IT standing.

Simply banning people from illegal downloads and piracy won’t eradicate such activities. Why do you think people are opting for software piracy?

It’s simple: It’s in people’s awareness - or the lack of it. Because software is often perceived as an invisible, intangible product, people tend to feel less guilty when they illegally download it.

Korea is an IT powerhouse but because the Korean people do not have the awareness that lives up to that status, Korea has a higher illegal software piracy rate.

According to our research, people tend to have awareness about intellectual property, but not as much as with software. Koreans need education in order to improve the awareness that suits the country’s IT status. Thoughts like “because it’s cheap and convenient” are what lead to piracy but software is an invisible asset and people who engage in those activities are free-riding without paying the due price for those assets.

Software is not only an invisible property but also power. Once we keep in mind that both the economic damage from illegal software piracy, as well as the economic benefits from the use of authorized software come to us, tackling this problem shouldn’t be hard.

The music, film and publishing industries are also suffering. Which is the hardest hit? Which is most active in fighting piracy?

Different contents have different characteristics, so they should be taken into account when approaching the illegal software piracy issue. Users of content like movies and music are often individual consumers. But users of software include corporate consumers. A problem is that the current laws that punish those who make illegal downloads haven’t reflected such differences. The government is working to strengthen the laws by switching from “an offense subject to complaint” to “an offense not subject to complaints” - for both digital content and software.

There must be different roles entities can play - like the government, private sector and civic groups. What are your expectations from each of them?

The most important thing are the government-led efforts to improve related policies, measures and environment. It’s because creating an environment where people value software and copyright is vital. Of course, strict laws on their own won’t solve the problem. Educational institutes should also take part because awareness and education are crucial for people to understand the importance of copyright laws. The role of industries is instrumental, too, as they are the key users of software. They should educate employees so they perceive software as an asset and manages it well.