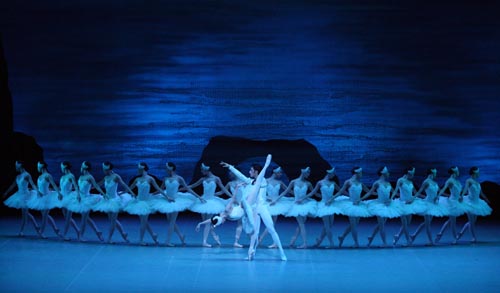 “Swan Lake,” to be staged by the Korea National Ballet, will kick start the nation’s first ballet festival on June 12.

Under the leadership of the state-run Korea National Ballet, the private Universal Ballet Company, the private Seoul Ballet Theatre, and the Gwangju City Ballet will each stage their audience’s favorite repertoire featuring their star dancers during the two week-long 1st Ballet Festival Korea.

“Korea’s ballet scene has visibly blossomed recently,” Kim Hae-shik, head of the ballet festival’s organizing committee, said at a press conference last Wednesday. “Many Korea-born ballet dancers have been sweeping the awards at a slew of prestigious overseas competitions in recent years. Also, we have seen the box office success of the Hollywood film ‘Black Swan’ and the unprecedented ticket sell-out of ‘Giselle,’ staged by the Korea National Ballet in February. I think the upcoming ballet festival will help further boost the momentum.”

For the festival, the Ministry of Culture and Tourism has provided a subsidy of 400 million won ($370,000) and each of the four ballet troupes will take the profits from the ticket sales, according to the organizing committee.

KNB’s artistic diretcor Choi Tae-ji said the troupe chose the work because Korean ballet fans are assumed to be interested in comparing it with the “Black Swan” movie.

The classical work will be followed by Seoul Ballet Theatre’s “Life Is,” a modern ballet featuring not only dancers but a 50-member orchestra, 20-member choir and a cellist. Created by James Jeon, the troupe’s choreographer-in-residence, the dance is a key work in the private ballet company’s repertoire.

The Gwangju City Ballet will stage the Seoul premiere of “Empress Myeongseong,” which tells the tragic story of Korea’s last empress, who was brutally assassinated by the Japanese army during the colonial period in the late 19th century. The work tries to bridge East and West by featuring Korean traditional music. 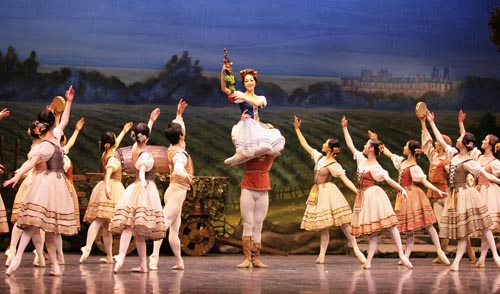 “Giselle,” to be presented by the Universal Ballet Company, is also one of the eight major ballet works to be featured at the week-long festival at the Seoul Arts Center in southern Seoul. Provided by the companies


Universal Ballet Company will present Giselle, the archetypal masterpiece of “ballet blanc,” the romantic style of ballet that originated in the 19th century and is considered the purest form of classical ballet.

Additionally, eight young, talented choreographers selected through an open contest will showcase their creations, while some of the dancers from the KNB and UBC will participate in “conversations with the audience” sessions.

*Ballet Festival Korea is scheduled from June 12 till June 28. Ticket prices vary according to seats and venue and range from 20,000 won to 80,000 won.