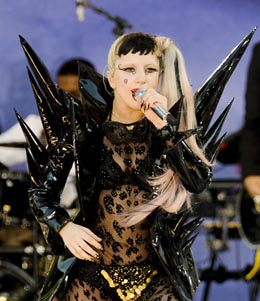 Flamboyant pop star Lady Gaga has sold more than one million copies of her new album to top the U.S. pop chart for the first time, according to sales data published on Tuesday by Billboard magazine.

Fans scooped up 1.11 million copies of her much-hyped release “Born This Way” during the week ended May 29, with more than a bit of help from a hugely popular 99-cent promotion by online retailer Amazon.com Inc .