Time always comes back to bite you

Time always comes back to bite you 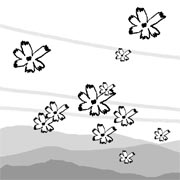 But you can’t put your feet into the same river twice. Time moves forward and never repeats itself. You can neither seize time nor stop it. Time swallows everything and leaves only debris. It makes it possible for humans to exist. But time takes life away again through death.

In Greek mythology, Cronus was born to Gaia, the Greek goddess of the Earth, and Uranus, the sky god. Cronus devoured his children in order to keep his power. So Cronus is often related to time, and words like chronology and chronicle come from the same root.

Just as Karl Marx put it, “Time is everything, man is nothing: he is, at the most, time’s carcass.”

The stories of heroes have a certain pattern. They are either born very low or miraculously. The heroes defeat evil villains with extraordinary force and wisdom. In return, they seize power, and their power leads to arrogance and pride. In the end, they go down the path of downfall because of betrayal or self-destruction. The lesson of hero stories is how transient time and power can be.

The Busan Savings Bank scandal illustrates that the spring of the Lee Myung-bak administration is over. We are heading toward the ending of a hero story.

The secret favors and mediations have been revealed, and the season of betrayal and disclosure has come and gone. The corruption of former Financial Supervisory Service Governor Kim Jong-chang and former commissioner of the Board of Audit and Inspection Eun Jin-su is only a prelude.

In the latter days of the administration, those who waited will rise and start an offensive. A disclosure war will begin and dirty secrets will be revealed. Connections and relationships from the good old days will strike back as poison. All of the scandals that happened during the past administrations also developed that way.

No one can win against time.