The case for whistleblowers

The case for whistleblowers 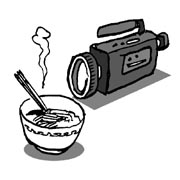 Jeffrey Wigand had been an executive for a research and development department at one of the United States’ major tobacco companies. In 1993, he was fired. Not long later, he revealed that the tobacco company had been intentionally deceiving consumers about the amount of nicotine in its cigarettes. In fact, its cigarettes had enough nicotine to cause habitual smoking, though the labeling on the package indicated a far smaller amount.

However, his claims were not immediately publicized to the world. Although Wigand had an interview with the CBS news program “60 Minutes,” the tobacco company, an industry giant, pulled all possible strings to prevent the program from being broadcast. The segment, which was delayed for months, finally aired in February 1996. It was the first report of a tobacco company intentionally using ingredients harmful to human health in cigarettes.

A “whistleblower” is an insider who exposes alleged illegal activities to the public. Although the exposure is a just act for the good of the public, a whistleblower is often considered a traitor within the organization.

Wigand, too, suffered from rumors that he was making false claims to get revenge over being fired for incompetence. He also received death threats. After Michael Mann’s film “The Insider,” starring Russell Crowe as Wigand, was released in 1999, the public recognized Wigand as a hero.

The informant who provided information on the Watergate scandal in 1972 was Deep Throat, and his identity was kept strictly confidential to keep him safe from retaliation. Finally, more than 30 years later, in 2005, Mark Felt, a former official at the Federal Bureau of Investigation, revealed himself as Deep Throat.

The release of “The True Taste Show,” a movie exposing the dark deals surrounding television programs that feature restaurants, started a controversy in Korea. Director Kim Tae-hwan is a former producer at one of the broadcasting stations, and he is considered a traitor by the broadcasters. MBC filed a temporary restraining order to ban the film’s release, and a malicious rumor has spread that there is something shady behind the movie.

The restraining order was denied, but there are still a very limited number of theaters showing the film, indicating that not many people have seen the movie despite the attention it has garnered. In “The True Taste Show,” a restaurant reviewer laments, “Once a restaurant is featured on television, you will see a long line in front of it. That’s the level of appetite the Korean public has. It also shows how much viewers are swayed by television programs.” If you replaced “restaurant” with “politician” or “business” and “appetite” with “interest,” would that change anything? In order to awaken the public, we need more movies like “The True Taste Show.”