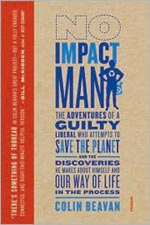 A guilty liberal finally snaps, swears off plastic, goes organic, becomes a bicycle nut, turns off his power, and generally becomes a tree-hugging lunatic who tries to save the polar bears and the rest of the planet from environmental catastrophe while dragging his baby daughter and Prada-wearing, Four Seasons-loving wife along for the ride. And that’s just the beginning. Bill McKibben meets Bill Bryson in this seriously engaging look at one man’s decision to put his money where his mouth is and go off the grid for one year - while still living in New York City - to see if it’s possible to make no net impact on the environment. In other words, no trash, no toxins in the water, no elevators, no subway, no products in packaging, no air-conditioning and no television. -From the publisher 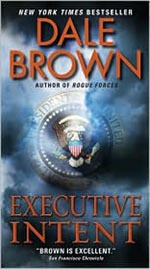 The Chinese and Russian heads of state collaborate, using deception and sabotage to jeopardize the successful U.S. military facilities on the sea and in space. Recurring characters from Brown’s previous books play major roles in both thrilling military operations and tense political confrontations. William Dufris is an accomplished and versatile reader; having read previous Brown books on audio, he delivers an experienced and animated performance that adds heft and color to characters that are already easy to visualize, and his talent enhances the story with increasing tension that makes the most of this exciting action techno-thriller. -From Publishers Weekly 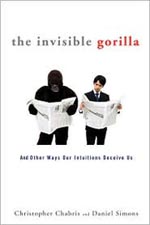 Chabris and Simons provide an eye-opening exploration of the miscalculations and false logic that surround our senses. From cellphone use to courtroom identification, the authors illustrate a variety of ways our sight and memory are unpredictable. Their insightful research will inevitably make listeners reconsider their own sensory awareness and challenge assumptions about everyday actions. -From Publishers Weekly


The Information: A History, a Theory, a Flood 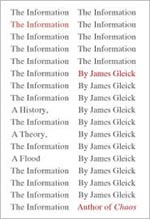 Overwhelmed as we are with today’s unceasing gush of information - some essential, some useless and much falling into the broad middle of the spectrum - a study of how we got here and the innovators who played a part in creating the dazzling web of contemporary communications could not be more timely. Gleick’s survey of pioneers of information, from Alan Turing to Claude Shannon, follows the many strands forming the information superhighway. -From Publishers Weekly 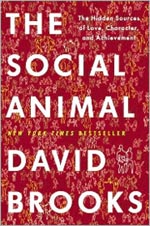 This is the story of how success happens. It is told through the lives of one composite American couple, Harold and Erica-how they grow, push forward, are pulled back, fail, and succeed. Distilling a vast array of information into these two vividly realized characters, New York Times columnist David Brooks illustrates a fundamental new understanding of human nature. A scientific revolution has occurred - we have learned more about the human brain in the last 30 years than we had in the previous three thousand. The unconscious mind, it turns out, is most of the mind - not a dark, vestigial place but a creative and enchanted one, where most of the brain’s work gets done. This is the realm of emotions, intuitions, biases, longings, genetic predispositions, personality traits and social norms. The realm where character is formed and where our most important life decisions are made. -From the publisher