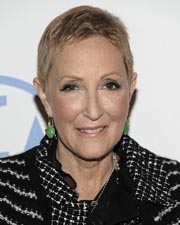 LOS ANGELES - Laura Ziskin, a veteran producer whose films include the “Spider-Man” movies and “Pretty Woman,” has died at age 61.

The Entertainment Industry Foundation says Ziskin, who had breast cancer, died Sunday at her home in Santa Monica.

Over a 35-year career, Ziskin was producer or executive producer of films such as “No Way Out” with Kevin Costner and “As Good As It Gets,” which won Oscars for Jack Nicholson and Helen Hunt.

She produced the three hit “Spider-Man” movies and was working on the fourth at the time of her death.

Ziskin was diagnosed with breast cancer in 2004 and became an activist, forming the group Stand Up to Cancer with other women in the entertainment industry and media. It has raised more than $200 million to fight the disease.