A retuning of the mind is in order

A retuning of the mind is in order 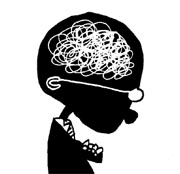 The genius mathematician and founder of game theory, John Nash, entered graduate school at Princeton University in 1948 at the age of 20. The following year, he produced major works, including the “equilibrium in non-zero sum game.” However, when he turned 30, he developed paranoid schizophrenia. He suffered from the delusion that a Soviet spy was trying to kill him and that he was an agent with a duty to save the world. Thanks to the devotion of his wife and support from fellow professors, Nash overcame his devastating mental condition. In 1994, Nash was the recipient of the Nobel in economic science for his game theory. The 2002 film “A Beautiful Mind” is the story of Nash’s life.

There are countless examples of people overcoming schizophrenia, just as Nash had done. In other words, schizophrenia is not an incurable illness. However, because of the name of the condition, the patients and their families suffer even more. The name originates from the Greek words “skhizein,” or “to split,” and “phren,” meaning “mind,” so we can imagine the despair and fear patients feel when they are diagnosed with the illness whose name means a “split mind.” The name has contributed to the negative social perception of and prejudice against mental health patients as dangerous and intellectually inferior. So the patients are afraid to admit their conditions and often miss the right timing to begin treatment.

The name “schizophrenia” will disappear soon in Korea. A revision of the pharmaceutical law to change the name to “attunement disorder” is to be presented to the National Assembly this month. “Attunement” means “to tune an instrument to bring harmony.” The great monk Seosan had taught his students by citing Buddha’s tuning of a lute. “When you are impatient and hasty to train, you may be exhausted and get sick. If you are too slow, you become lazy.” Just as the strings of an instrument can produce beautiful harmony when they maintain proper tension, the human mind can function properly when it is tuned. The new name, attunement disorder, is truly clever and fitting. Hopefully, the new name will bring hope to the 500,000 patients suffering from the condition and change society’s prejudices.

Politicians who offer “half-price” and “free” policies without plans and the corrupt civil servants also need “attunement” as they are literally out of their minds. They need to tune the strings of their minds before it is too late.