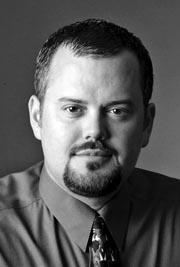 And, Sams said, he wants to help the Korean gaming industry make e-sports even more popular.

Blizzard is a leading U.S. online gaming company, established in 1991. The company has been successful in the online gaming industry with its games such as World of Warcraft, known as WoW, as well as Diablo and StarCraft.

As the company marks its 20th anniversary this year, Sams said his management goal is to successfully launch Diablo 3 within the year. Diablo is an online role-playing game that has won wide popularity since it was first launched in 1996.

“With Diablo 3 targeted at being launched this year, we plan on testing the game in the third quarter,” Sams said.

He added, however, that the release could be delayed if even the slightest problem is detected.

Relations between the Korean gaming industry and Blizzard over intellectual property rights has improved, Sams said. Blizzard has often been outspoken against intellectual rights violations in Korea.

Sams said while Blizzard owns the property rights of the game characters, an agreement has been reached that Korean broadcasters would own the images of the competition.

He said Korea was an important partner and therefore Blizzard will seek a win-win strategy that will help both sides profit.

As for Korea’s “Cinderella” regulation that prohibits those under 16 from playing online games between midnight and 6 a.m., the U.S. company will cooperate with the Korean government. He said as a leading online gaming company, Blizzard has the responsibility to comply with the law. Sams also said Blizzard has a system installed in its games that restricts young people from playing for excessive periods of time.

Sams said online gaming should expand through e-sports popularity. He said the practice in Korea in which e-sports stars are treated like celebrities should be expanded worldwide. The COO also offered advice to Korean gaming companies on expanding overseas. “Korean companies are outstandingly competitive but their contents are limited to the domestic market,” Sams said. “To target the global market they need to better understand Western culture.”