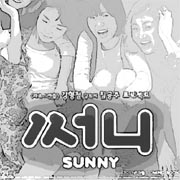 “Sunny, yesterday my life was filled with rain. Sunny, you smiled at me and really eased the pain. The dark days are gone, and the bright days are here. My sunny one shines so sincere.” “Sunny” was a hit by Boney M, a West German band that led the disco boom in the 1970s and 80s. The song is from their debut album “Take the Heat Off Me” was released in 1976.

“Sunny” is one of the most covered songs of all time, performed by more than 500 musicians, including Stevie Wonder, Frank Sinatra with Duke Ellington, Ella Fitzgerald and Cher. The U.S. performing rights organization Broadcasting Music, Inc. ranked “Sunny” 25th in its list of “Top 100 Songs of the Century.”

The happy song kicks up the vibe instantly, but ironically the song was written amid pain and suffering. It was written by Bobby Hebb (1938-2010), who hailed from Nashville. In November 1963, when Hebb was 25, U.S. President John F. Kennedy was assassinated. Before he got over the shock that gripped the entire country, his brother Harold was killed in a knife fight on the street the next day. The two had performed together at a young age and for Hebb, Harold was a best friend and mentor. Hebb wrote “Sunny” as a mantra to reinforce the power of positive thinking. Think about the good days. Look at the bright side. Confusion and chaos will only make you suffer.

The song is used as the theme of the Korean movie “Sunny,” and more than 5 million viewers have watched the feel-good movie so far. The film follows seven women who met in high school and formed a club called Sunny. The women reunite after 15 years to find that reality is not so rosy: one is suffering from cancer, the others have financial difficulties, tension with in-laws and empty nest syndrome. But when the seven ladies get back together, they remember the time when they shined most brilliantly.

“For a very long time, I have lived as someone’s mother and someone’s wife. But I’ve realized that I’m a person with a history. At least, I am the heroine of my life,” says Nami (Yu Ho-jeong), and her words light up the audience.

The success of “Sunny” reflects the idea that people don’t want to forget the brightest and happiest moments of their lives. At the same time, it could mean that we are living in difficult times when pain doesn’t just disappear by smiling. Above all, it shows that retro products tend to gain popularity in a sluggish economy that is not so “sunny.”