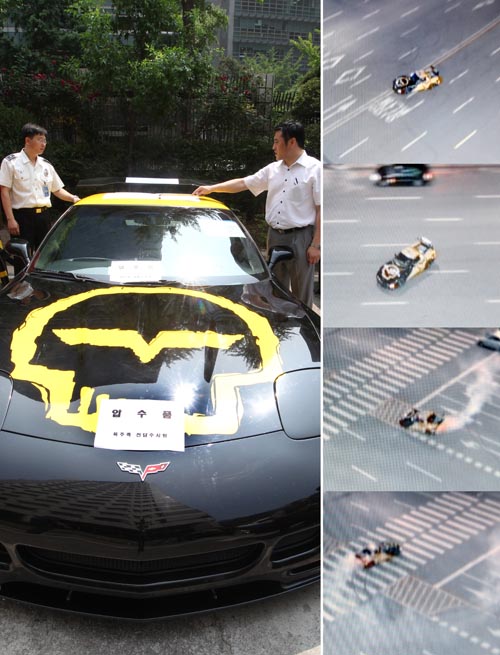 The Seoul Metropolitan Police Agency’s Traffic Safety Department yesterday arrested four drag racers, including an unemployed man surnamed Jeong, 31, and confiscated their imported cars on charges of engaging in dangerous driving and drifting between lanes on Dosandaero, a large boulevard in southern Seoul. Police said Jeong and the other drivers regularly gathered between midnight and 4 a.m. and engaged in various forms of drag racing throughout the night, leaving behind skid marks. The police said they are investigating the four drivers and tracking down another nine drivers. They are reported to have driven several imported cars, including a Ferrari F355, a Porsche 911 Carrera S and an Audi R8. Police said the drivers will get their licenses revoked and that residents have repeatedly complained of noise from the racing. [YONHAP]