“Green Lantern” opens at No. 6 in Korea

“Green Lantern” opens at No. 6 in Korea 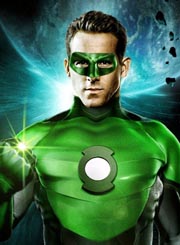 LOS ANGELES - Superhero comic book adaptation “Green Lantern” was the box-office champion in North America last weekend, with $53.2 million in the region’s ticket sales as it debuted at No. 1.

One foe “Green Lantern” did defeat last weekend was “Super 8,” which marked its second box office week with $21.5 million at the No. 2 spot. The J.J. Abrams sci-fi thriller had debuted at No. 1 last week.

In Korea, “Super 8” took fourth in the number of moviegoers last weekend, beating “Green Lantern,” which placed sixth. “Super 8” drew 234,500 moviegoers, whereas “Green Lantern” attracted about half that figure with 119,000.