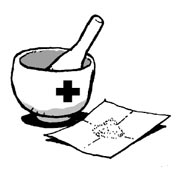 In the United States, 30,000 people get killed in gun-related incidents every year. Whenever a violent incident occurs, critics advocate for stricter gun control policies, but regulations remain unchanged. It is widely believed that the reason why gun control policies remain the same is because the National Rifle Association, which is extremely influential in American politics, advocates against gun control measures. Established in 1871, the NRA is an interest group with amazing fund-raising capacity.

Interest groups are organizations that work to protect and advocate for the interests of their members. These groups first appeared in the United States after World War I. As democracy spread, different groups began to lobby on behalf of their occupation, industry, religion or region. The groups lobbied Congress, governmental agencies, political parties and the media to have their positions reflected in laws and policies.

Interest groups often exert political pressure to pursue their objectives, and politicians see their influence as a way to win more votes and make collusive deals. Some politicians support legislation for certain groups solely to secure votes. In this case, the size of a group’s membership translates into political power. Labor unions and occupation-based organizations, including those for teachers, lawyers and doctors, are especially powerful.

In Korea, the Korean Pharmaceutical Association is second to none when it comes to lobbying influence. The association held an emergency rally at its headquarters last week to protest a plan to allow the sale of 44 products at retail outlets other than pharmacies. The government made an announcement that energy drinks and over-the-counter products such as ointments and creams can be sold at supermarkets beginning in August. However, the KPA is also making other demands to cut down on the number of pharmaceutical products that require a prescription and to expand the amount of over-the-counter drugs. The pharmacists also want doctors to write only the active ingredient of a drug instead of the name of a specific product so that pharmacists can decide which one to dispense.

The KPA is giving us a classic case of how an interest group works. In fact, they are right to worry that the pharmacy business may suffer if supermarkets are allowed to sell drugs. The drugs sold on supermarket shelves would easily outsell the drugs sold at pharmacies.