Going down under and around Seoul

Going down under and around Seoul 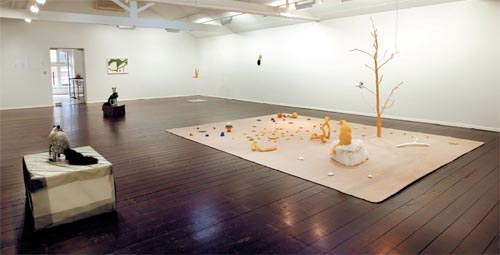 Few Koreans would associate Australia with fine art, and neither would Australians with Korea. But both countries in recent years have seen their contemporary artists gradually extend their influence in the global art scene.

With this year marking the 50th anniversary of diplomatic relations between Korea and Australia, the two countries are holding exhibitions to introduce their respective artists to each other.

The exhibition showcases artworks from both museums’ collections, highlighting the historical and ongoing connections between Australian and Korean art.

“It is inspired by Nam June Paik’s 1976 visit to Sydney and the 1976 Biennale of Sydney, that included a group of important Korean artists,” the MCA said in a statement.

“Tell Me Tell Me explores conceptual, fluxus and technological art being created in both Korea and Australia at that time and regional variations in both countries over three decades to the present day,” the statement added. 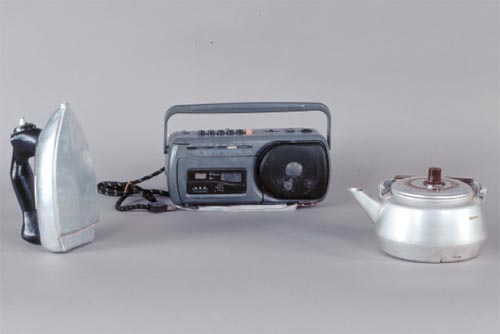 
Works by video art pioneers Paik (1932-2006) and Park Hyun-ki (1942-2000) are on display at the show. Among other Korean artists participating in the exhibition are conceptual artist Haegue Yang, who is now holding a solo show at Modern Art Oxford in England, and minimalist painter and sculptor Lee Ufan, whose solo show at New York’s Guggenheim Museum starts Friday.

As for Australian artists, works of sculptor Rosalie Gascoigne (1917-1999), who became the first female artist to represent Australia at the Venice Biennale in 1982, are being exhibited. Installation artist Ken Unsworth and conceptual artist Brook Andrew are also among the participating artists.

The show will later travel to the Korean museum, located in Gwacheon, Gyeonggi, where it will be exhibited from Nov. 8 to Feb. 19.

The exhibition focuses on current and future urban images and people from Australia. It consists of two parts: “FACE TO FACE: Portraiture in the Digital Age” and “NOW and WHEN: Australian Urbanism.” 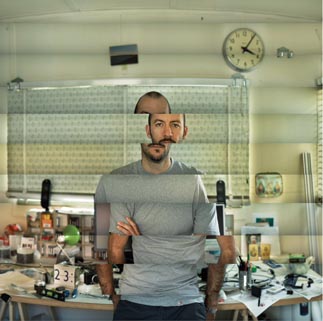 Daniel Crooks’ “Portrait #1 (Self)” is part of a Korea-Australia exhibition at the Seoul Museum of Art. Provided by the museum.

“FACE TO FACE” poses questions on how new media and digital technology have changed the portrait and perception of identity. For example, Daniel Crooks’ work is a collage of photos of the same person taken in the same place but at different times.

“NOW and WHEN” shows present and future cities through a piece of video work that was once presented at the Australia Exhibition Hall during the 12th International Architecture Exhibition, the architecture section of the Venice Biennale, in 2010.

Other exhibitions of Australian contemporary art are also scheduled.

The Museum of Photography Seoul in Bangi-dong, eastern Seoul, will hold an exhibition of Australian photographers in August and September.

And this year’s Korea International Art Fair, or KIAF, will have Australia as the guest country. The nation’s biggest art fair is scheduled from Sept. 22 to 26 at COEX in Samseong-dong, southern Seoul.