A quick fix never gets the job done

A quick fix never gets the job done 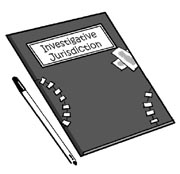 Socrates was a master of argument. He would ask his opponent a series of questions to trap him in a self-contradiction. At the same time, he encouraged self-reflection through the pedagogical method called maieutics.

Su Qin and Zhang Yi were masters of persuasion. Su Qin persuaded the leaders of six kingdoms - Qi, Chu, Yan, Han, Zhao and Wei - to form a “vertical alliance” to stand against the formidable Qin state during the Warring States Period. Zhang Yi encouraged each of the six leaders to form a “horizontal alliance” with the Qin. The ideas of Su Qin and Zhang Yi were contradictory, like a sphere and a shield or like the strategy of a “united front” versus that of “divide and conquer.” In the end, Qin Shi Huang unified China by employing both strategies.

Arthur Schopenhauer was a master of debate. In his book “The Art of Controversy,” he proposes 38 techniques for winning an argument and overcoming controversy. He advises readers to “appeal to authority rather than reason” if you want to make an aggressive attack. He also advises to ask questions about points that the opponent will concede. To refute an argument, he advises to “carry your opponent’s proposition beyond its natural limits; exaggerate it.” When cornered, you should say, “That’s all very well in theory, but it won’t work in practice.” And if you think you are losing the argument, “Become personal, insulting and rude.”

The police and prosecutors in Korea are experiencing friction over investigative jurisdiction. After much debate, argument and persuasion, they reached a lukewarm conclusion after getting word from above. The prosecutors’ strategy somewhat resembles Schopenhauer’s ideas. They appealed to authority and made their arguments based on practice. They made roundabout personal insults by mentioning human rights and competence.

They should have followed Sogang University professor Sohn Ho-cheol, who displayed keen insight into the issue when he said, “The police and the prosecution are equally greedy, therefore they are the only ones who can keep each other in check.” Instead, politicians have opted for a stopgap measure, forgetting that a quick fix never solves the problem. As Park Ji-won, a Joseon-era scholar of Silhak (a Korean Confucian social reform movement), once wrote, “If you adhere to old customs, pursue comforts, fail to correct faults and use makeshift measures, failure is sure to follow.”