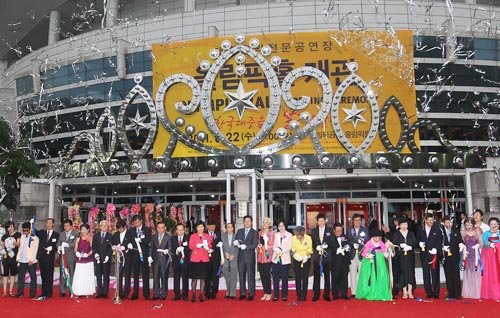 Culture Minister Choung Byoung-gug and cultural figures take part in a ribbon-cutting ceremony for the opening of Olympic Hall in Olympic Park, southeastern Seoul, on Wednesday. The Culture Ministry spent 7 billion won ($6.5 million) creating a venue with two music halls specifically for pop music. The main hall has 2,450 seats, while a smaller hall can hold 240. [YONHAP]