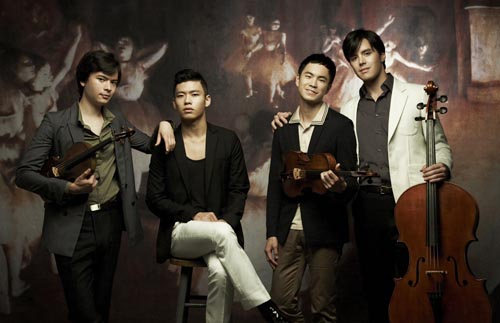 Winston began playing piano after hearing recordings of the stride pianist Thomas “Fats” Waller and others. Winston’s music is often described as “folk piano,” a style he developed in 1971 to complement uptempo stride piano.

He is also known for his recordings of the music of jazz pianist Vince Guaraldi, who composed the music for 16 “Peanuts” films and his recent explorations of R&B piano.

Friday: Contrary to the usual requiems composed to comfort the spirit of the dead, Brahms’ “Ein Deutsches Requiem” was created to console the spirit of the living. Although the piece is usually sung in German, for this concert it will be performed in Korean. The production features the Seoul Metropolitan Chorus in their 123rd regular concert, soprano Eun-kyoung Kim and baritone Joo-ho Woo.

July 6: This edition of the Masters Series of the KBS Symphony Orchestra features British cellist Steven Isserlis, winner of the 2000 Schumann Prize. Isserlis is known for his diverse repertoire, distinctive sound and total command of phrasing. He studied at the Oberlin Conservatory of Music and was influenced by Russian cellist Daniil Sharan.

July 9: Jung Mina is a versatile gayageum (traditional Korean zither) musician who is celebrating the release of her third album, “Oasis,” which she produced and composed.

While her critically acclaimed second album was a collection of instrumental songs - mostly jazz - her new work is a vocal album that tells her story through songs such as “Jumeokbap,” which tells of how she once made and sold jumeokbap (rice balls) at a subway station exit but the small business soon went bust.

Theater Zero, Hongdae near the Park

July 9: The Super Sketch series is a hookup between artists and musicians organized by Super Color Super. Every event brings the artists, the bands, the audience and the party together through the prism of a special concept or theme.

This event features performances ranging from transparent puppetry to watercolor compositions displayed through classic classroom overhead projectors and multiple overhead hanging screens, in time with live music. There is also an art market that runs all night long.

Featured bands include Trampauline, Wagwak, On Sparrow Hills and more, along with a slew of independent musicians.

July 19 and 20: Fusion rock/jazz trio the Aristocrats is coming to Korea for the first time.

Before coming together to form the trio, all three members - guitarist Guthrie Govan, bassist Bryan Beller and drummer Marco Minnemann - worked with famous bands and musicians.

Govan was the guitarist for the English band Asia in the ’80s and was named guitarist of the year by Guitarist magazine in 1993. Beller has worked with members of the American progressive metal band Dream Theater and Chris Wolstenhome, the bassist of English rock band Muse. Minnemann has worked with Mr. Big’s Paul Gilbert and was featured on the cover of Modern Drummer magazine in 2007.

The concert is part of the trio’s world tour in support of their new album.

To July 9: Probationary Theatre presents “Some Girls” by Neil LaBute in its new venue, the first performance space dedicated to English-language productions in Seoul.

Today: Founded in 1945 by the late Pak Tae-jun, composer of the children’s songs “Thinking of My Brother” and “Thinking of My Friend,” the Korean Oratorio Chorus is a historic choir. It got its start performing the works of Handel and Haydn but has since expanded its repertoire to include traditional Korean music, jazz and pop.

With different performances from Monday to Friday, there will be plenty to see.

To Sunday: The Ditto Festival was started to make classical music accessible to the public. Its other goal is to promote 15 rising classical stars such as violinist Richard Yong-jae O’Neil, pianist Ji-yong, and pianist Hahn Bin.

Saturday and Sunday: This outdoor festival features special guests such as KT Tunstall on the first day and Brian McKnight on the second day, along with a slew of Korean indie bands.

Food is available from restaurants like Di Matteo’s Italian pizza and Hwajaiwen. People with two-day passes can rent camping packages with tents for two to three people (30,000 won) or for four to six people (60,000 won).

The festival is open all day.