‘Gold misses’ should give it up for love

‘Gold misses’ should give it up for love 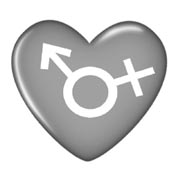 There is no human feeling that so completely immerses us in the extremes of agony and happiness as much as love. French novelist George Bataille (1897-1962) once said that love is like experiencing “le petit mort,” or “the little death.” The phrase is generally used as a metaphor for an orgasm, but can also be used to describe the need to lose control and express one’s desire.

Perhaps that was the force that gripped Lu Xun, the most prominent thinker of his time who called for revolutionary change in China. Lu was in his 40s when he taught at the Peking Women’s College of Education in the spring of 1925. But he had a secret. He was in love with one of his students, Xu Guangping, who was 17 years his junior. He confessed his love in a series of 170 letters. In one, he wrote, “I can’t stop thinking about you. I don’t know why, but my thoughts for you grow stronger and stronger.” In the end, the two got married and spent the last 10 years of Lu Xun’s life together. Xu Guangping later recalled that the force that enabled them to defy their teacher-student relationship, age difference and tradition was love and companionship.

Love has certainly been known to help people overcome obstacles. When Korea was under the authoritarian military regime, a poem of love by Do Jong-hwan reverberated through the hearts of the public. The poem, from the collection “Hollyhock, My Love,” is about the undying love he had for his wife before death parted them: “I am erasing yet another night in the dark/ But until the moment the darkness runs out and the new dawn arrives/ I will be by your side forever, holding your hand.”

These days, love is being swept under the proverbial rug as Koreans strive to build careers. Perhaps the group most affected is women with high incomes and extensive educational backgrounds who are known as “gold misses.” These women are restricted by the traditional idea that the academic background and status of the husband should be above those of the wife. But they should also realize that their desire to find a balance between education, income and appearance will make finding love more challenging.

Love means giving something up. As Hegel once said, “The first moment in love is that I do not wish to be a self-subsistent and independent person and that, if I were, then I would feel defective and incomplete.” Maybe it’s time for Korea’s gold misses to learn this lesson.