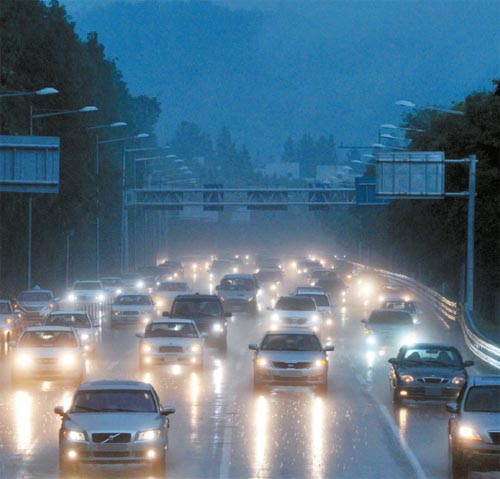 Drivers on the Olympic Expressway near Banpo-dong, southern Seoul, drive with their headlights on yesterday around 2 p.m. during heavy downpours that included lightning and thunder. Four sections of road in Seoul were blocked to vehicles due to flooding. The rain was expected to ease early this morning. [NEWSIS]