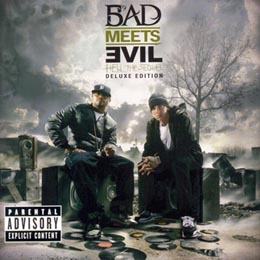 Eminem is back with “Hell: The Sequel” - a new EP made in collaboration with Royce da 5’9, a Detroit rapper who appeared on Eminem’s debut “Slim Shady LP.”

The new album by the Bad Meets Evil duo topped the Billboard chart a week after its release late June, marking Eminem’s eighth time on the top of the list.

On “Hell: The Sequel,” Eminem lives up to his reputation as the finest battle rapper on the planet.

Throughout the album (nine tracks plus two bonus songs), he throws out tracks that are dark yet full of brilliant rhymes and a massive amount of cussing.

The only exception is “Lighters,” featuring Bruno Mars. Its sugar-coated melody and effects don’t seem to fit in with the album at all.

The second track, “The Reunion,” contains highly misogynistic lyrics. It’s almost proof that Eminem’s tirade against women on previous albums has not been for show and that what he says actually tells a lot about who he is.