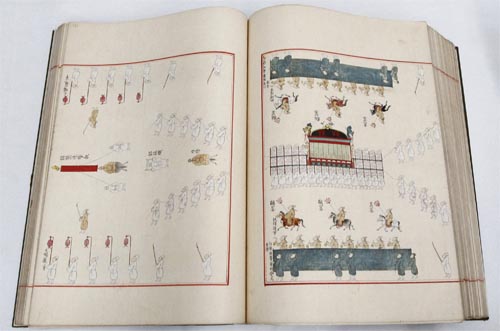 Jangryeolwanghu Gukjangdogam Uigwe, an illustrated guide to the state funeral of Queen Jangryeol in 1688, is one of the 297 volumes of Oegyujanggak Uigwe that was returned from France earlier this year. 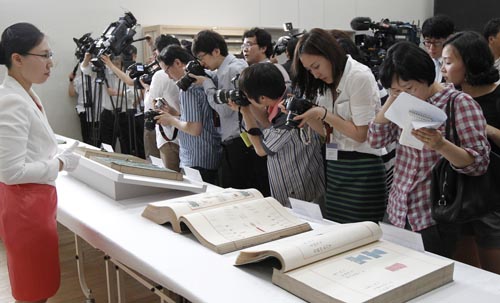