Toiling for the chance to study

Toiling for the chance to study 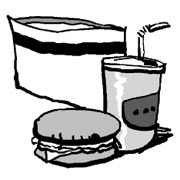 The Japanese are good at adopting foreign words. They refer to “buildings” as “biru.” It is often confused with “beeru,” which means “beer.” “Baito” is a contraction of “arbeit,” a German word for “work,” and it refers to a side or temporary job. Koreans say “alba.”

In postwar Germany, students sought part-time jobs to support themselves. Because many students took a leave of absence when they could not afford school tuition, universities and the government offered part-time positions and work-study programs. After Germany rose from the ashes of war, Germans continued to work part-time to earn money and pay tuition.

Many Koreans also worked their way through school. “Gohak,” or “studying under adversity,” is a term for pursuing education while struggling to pay tuition. During the Japanese colonial era, many Korean students struggled to support themselves and pay for college. In a 1923 newspaper article, titled “Dear fellow students who want to come to Japan and work to pay for education,” the author explains that he could earn about 20 won a day delivering newspapers. Since food and basic living costs would be about 5 to 6 won, a student could barely pay for schooling. You could earn money delivering milk, but you had to work night and day, robbing you of time to study. You could clean bathrooms, but you had to bear the humiliation. You could pull rickshaws, but your brain couldn’t retain knowledge because of sleep deprivation. The writer concluded that “gohak” was all about adversity, with no room for studying.

After the Korean War, a newspaper ran a story of a war orphan who entered Korea University in 1959 and graduated with a law degree. He toiled at a humble snack shop in Seodaemun to support his education. He frequently skipped meals because he didn’t have money. According to the U.S.-based Institute of International Education, there were 3,765 Koreans enrolled at colleges and universities in the United States in 1969 and 64 percent of them supported themselves working odd jobs like washing dishes.

Alba Heaven, a recruiting firm, is enjoying brisk business. But we are living in an “alba hell.” It is hard to get a decent job and the hourly pay is low. Students have a hard time earning enough to pay for their education. They often end up with debt before finding a stable job.

Studying is a challenge when you’re faced with adversity. It takes a strong will to be able to work by day and study by night.