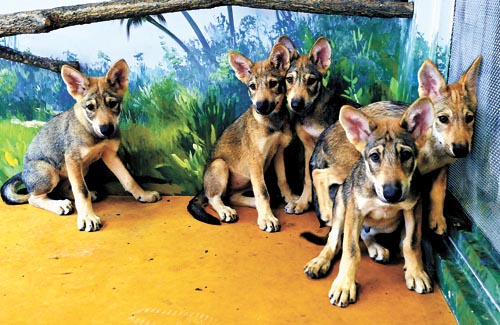 Baby Korean wolves are shown at the Daejeon O-World Zoo in Daejeon yesterday. A total of eight baby wolves, which the zoo showed to the public for the first time yesterday, were born of seven Korean wolves (three females and four males), which were captured in Russia in 2008. Korean wolves had disappeared from the Korean Peninsula in the 1980s, but some were known to take shelter in Russia and China. By Kim Seong-tae