The irresistible taste of dark money

The irresistible taste of dark money 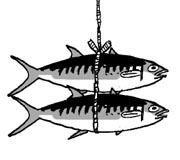 There was a time when the expression “saba-saba” was used widely. It was a symbolic expression for the dissolution of the social order in the chaotic period of the 1950s after liberation from Japan and the Korean War. Saba-saba refers to the act of giving money or expensive gifts in return for a favor. One theory is that it originated during the Japanese colonial period with someone asking for a loan of two mackerels, or “saba” in Japanese. Another theory is that saba-saba is the sound that’s whispered when someone is giving a bribe. The act of bribery was so widespread back then that it was considered one of the by-products of the decade after liberation. It was considered a panacea to secure preferential treatment in business or employment and it was eventually considered a way to live life easily.

People used to say, “In this world, there is nothing that saba-saba cannot achieve, and nothing can be achieved without saba-saba.” The practice was so prevalent that the national police declared in July 1955 that it would eradicate the practice of saba-saba associated with crimes.

These days, no one uses the term saba-saba, but the custom is continued in the culture of bribery.

A few days ago, Cho Hyun-oh, the commissioner general of the National Police Agency, said that he has heard about some policemen serving in the Gangnam area taking bribes of tens of millions of won from massage parlors and other businesses.

He ordered an inspection of police stations in Gangnam, Seocho, Songpa and Suseo Districts, and in just 10 days, three police officers were caught and charged with alleged corruption. They had received entertainment and bribes worth several million won for turning cases around in the business’ favor. It was no joke that police officers competed to be assigned to the lucrative Gangnam posts.

Once you get a taste for dark money, it’s hard to live without it. German sociologist Georg Simmel (1858-1918) wrote about this in “The Philosophy of Money.” Through money, the unlimited variety of human personalities disappears and the soul gets lost.

Even police officers may be tempted to accept a bribe for the personal or professional benefits it brings. Nevertheless, it is still questionable how the countless businesses in Gangnam would dare to commit such illegalities as tax evasion and illegal operation.