The perils of yellow journalism

The perils of yellow journalism 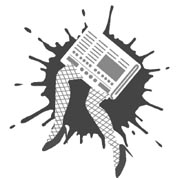 Media mogul Rupert Murdoch’s chosen strategy to build his massive media empire has been undisguised sensationalism. In 1969, the Australian businessman acquired The Sun, an uncharacteristic British daily newspaper, and turned it into a tabloid that targeted the voyeuristic public. He also created the daily “Page 3 Girl” - a picture of a scantily clad female model on page three of The Sun - which became the tabloid’s symbol. Conservative readers were enraged and condemned the excessive yellow journalism. Soon after the page three feature was regularized, member of Parliament Alex Lyon waved a copy of The Sun in the House of Commons and suggested the paper be prosecuted for indecency. However, Murdoch was undeterred by the criticism. A year later, The Sun responded by featuring topless models and Murdoch countered the criticism leveled against him.

The Sun saw its circulation explode and began to make money. More than 20 tabloids around the world copied Murdoch’s paper’s layout. It was a huge victory for the model student in yellow journalism.

Yellow journalism mainly focuses on scandals, sensationalism and exaggerating events to sell the product. The term originated from the late-19th-century newspaper war between William Hearst’s New York Journal and Joseph Pulitzer’s New York World. In 1889, the New York Journal scouted the creator of the popular comic character, the Yellow Kid, who has previously only been featured on the New York World. Pulitzer then had another artist draw the same cartoon to continue the series on the World. The two newspapers ended up featuring the same Yellow Kid comic strip at the same time. The World and the Journal waged a fierce battle of sensationalism, which prompted another New York daily to criticize the two papers and coin the new term.

Until recently, the pinnacle of yellow journalism was Murdoch’s British weekly News of the World. It was even more sensational and exaggerated than The Sun. However, a recent phone-hacking scandal has ended News of the World’s run after 168 years in print. Even for a yellow tabloid, illegal phone tapping isn’t tolerated.

Recently, a Korean broadcaster was also involved in phone-tapping allegations. The case is still under investigation, but if the media organization has indeed hacked phones, whether for the purpose of yellow journalism or not, it won’t be able to avoid harsh criticism and consequences like News of the World.