The high risks of our high-tech world

The high risks of our high-tech world 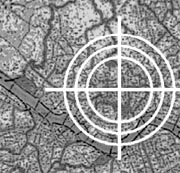 If you are looking for a spot for lunch, search your smartphone. A few clicks later, you’ll find a review and the directions. When shopping, your smartphone gives you detailed product information, and companies use smartphone data for marketing purposes. If you lose the phone, your mobile service provider can locate it.

All of these services are made possible thanks to LBS, or location-based services. About 70 percent of all smartphone applications are related to LBS. It is no exaggeration to say that LBS makes smartphones so smart.

In April, the U.S. media raised concerns over possible privacy infringement because Apple is arbitrarily collecting iPhone users’ location data. Apple can find out where the customers go and where they are at a given moment. Google was attacked for the same reason. The Korean media joined the offensive when police launched an investigation into Google Korea and Daum.

In retrospect, we have had a series of very ignorant media reports. The technology has been in commercial use in Korea for nearly 10 years. In 2002, mobile service providers began providing LBS through cell phones with GPS chips. With that technological advancement, location information became very specific and accurate.

Recently, an application that finds friends who are nearby was introduced in the United States. Developed by a professor at Ohio State University, eShadow locates people on your contact list who are within a 45-meter radius of you at any given. The application can also be used on Facebook. For example, when you attend a wedding, you can immediately find out how many of your friends are at the event. “You Can Trust Oppa,” an application that traces the current location of a spouse or friend, became a big hit in Korea when it was introduced in October 2010. But it was called the “devil’s app” because it caused so many relationship troubles.

As with all technologies, what matters is how you use it. For those with evil intentions, the smartphone can be tool for crime. The location information on Apple devices is not encrypted, so when the phone is hacked, the owner’s privacy may be infringed. A thoughtless posting on a blog, Twitter or Facebook could bring trouble like a boomerang. Families have been destroyed and jobs lost over careless posts. There have even been suicides related to social networking services. We may enjoy the benefits of technology, but it can also blow everything apart at once.