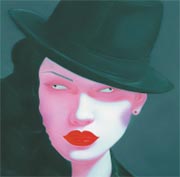 The exhibition draws attention to the rapid economic developments and resulting drastic changes in Chinese society. The works reflect the image of China, where thousands of years of history and traditional pride have met Western-style capitalism in a short time, and tell both sides of the story of this change.

To July 29: This is a solo exhibition by Korean artist Lee Ji Yen, who is interested in how varying perspectives lead to different perceptions and memories of any space.

Her photography shows many different angles of a single space to recreate the “private public.” Each frame is a representation of a single time and space, and through her selection (what she calls a process of cutting), she preserves many people’s memories. 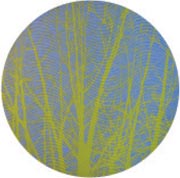 The exhibition, titled “Hong Un Tag Wol,” which means “dye the clouds and draw the moon,” gets its name from the way Jang and Park portray inanimate items with unreal primary colors while emphasizing natural objects such as trees and plants by bleaching them. The technique is similar to how traditional sumukhwa paintings contained colored clouds and drawn moons. The exhibition attempts to show how the images of two elements in such close relation can be changed.

To Aug. 28: Five artists and seven college students have put together an exhibition at the art space located within Children’s Grand Park Station. This space, previously called the Art Station but now called Gallery Kkotsap, will feature paintings, illustrations, murals, pictures based on the novel “Don Quixote.”

Through the tale of Don Quixote, the exhibition tries to cheer up the many people who overcome hardships and dream a dream every day while riding the subway (or Rocinante, the skinny horse Don Quioxte rides in the novel).

Gallery Kkotsap realizes that many people may feel like art is inaccessible. They’ve organized the exhibit in the subway station to bring art to the public.

To Sept. 25: This show presents 87 works by 47 artists - including Pop Art works by Andy Warhol and Roy Lichtenstein and Man Ray’s Dadaist works - from the collection of the Whitney Museum of American Art. This is the first time that an exhibition of the U.S. museum’s collection has been held in Asia. The exhibition is titled “Object,” after the works of French Dadaist and Surrealist artist Marcel Duchamp. Accordingly, the show features familiar objects reproduced as fine art including works from Claes Oldenburg’s (b. 1929) “Soft Version” series.