Elevating the arts through sponsorship

Elevating the arts through sponsorship 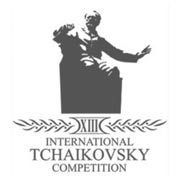 Recently, five young Korean musicians surprised the world by winning prizes at the 14th International Tchaikovsky Competition. The competition is considered one of the most prestigious for classical music in the world. At this year’s competition, which ended last month, Son Yeol-eum received the silver medal in piano and Cho Seong-jin received the bronze. Lee Ji-hye won the bronze medal in violin. Bass Park Jong-min and soprano Seo Sun-young won the top prizes in the male and female solo vocal categories.

Son, Jo, Lee and Park are sponsored and supported by the Kumho Asiana Cultural Foundation, which has supported musical prodigies for the last 15 years based on the leadership of the late Park Sung-yong, former Kumho Asiana Group chairman.

Kumho’s sponsorship is a great example of mecenat, a French word that means corporate sponsorship of the arts. Son said that Park always sat in the front row at her performances, and his passionate applause was the greatest form of encouragement for her.

Although the international community has recognized these outstanding artists, we still feel that something is missing. Individual artists still manage their careers without the comprehensive support of the government or society.

In November 2009, a law on art patronage and sponsorship, the Mecenat Act, was drafted to encourage companies to sponsor culture and the arts, but the bill still remains stuck in the National Assembly. The bill would basically allow tax breaks for companies that sponsor cultural and artistic activities, and it would certainly stimulate interest in donations and sponsorship. But the government is worried about a reduction in tax revenue if the law goes into effect. According to a study on the impact of the law, commissioned by the Korean Business Council for the Arts, a reduction of about 30 billion won ($28.3 million) in tax revenue is expected. But companies in the survey responded that they would expand their sponsorship of culture and the arts by 100 billion won when the law goes into effect. This will boost the arts and bring tremendous benefits to society as a whole.

The Mecenat Act is the best way to enhance culture in our country. The arts not only improve citizens’ lives but also become the roots of cultural industries that will lead economic growth in the future. The government and the National Assembly need to pass this act as soon as possible.

*The writer is the secretary general of the Korea Business Council for the Arts.