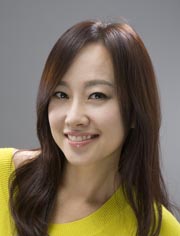 Actress Lim Seong-min will marry an American professor on Oct. 14 at the Sheraton Grande Walkerhill in Gwangjang-dong, northern Seoul.

The bridegroom, 44, teaches film production at a university in Seoul and earned a graduate degree in film at Columbia University.

The two met in Korea in February 2008 through an acquaintance and crossed paths again that October at the Busan International Film Festival. The bridegroom lived in New York City at the time.

“The bridegroom respects and is proud of my work, which gives me great strength,” Lim said. “His goodwill allows me to remain active.”