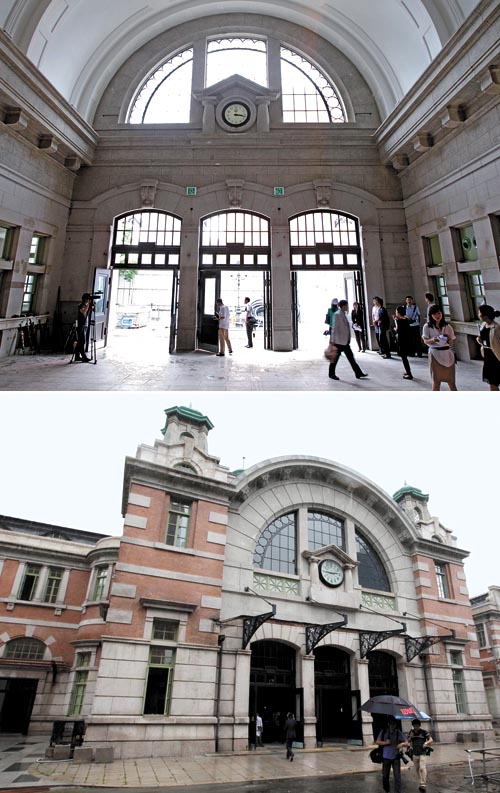 Seoul Station’s restoration project had a press preview yesterday, almost three weeks before its scheduled completion on Aug. 9. The station in central Seoul will be reborn into a cultural event hall named Culture Station 284. Designated by the government as historical site No. 284, the old station opened in 1925 during the Japanese colonial period and shut down in 2004 with the launch of the bullet train KTX. The restoration project, led by the Ministry of Culture, Sports and Tourism and the state-run Korea Craft & Design Foundation, began in July 2009 with a budget of 21.3 billion won ($20.12 million). By Kim Sang-seon, [YONHAP]