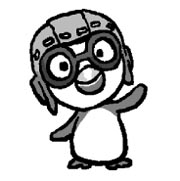 Pororo, a little penguin wearing an aviator cap and goggles, is the main character in “Pororo the Little Penguin,” a popular animated series for children. The series was created in 2003 and has since been exported to over 100 countries around the world. Its brand value alone is estimated to be 390 billion won ($368.5 million). Recently, there was an online signature campaign to make Pororo the mascot of the 2018 Pyeongchang Winter Olympics. The campaign organizers jokingly claimed that the letter “P” on Pororo’s aviator cap stands for the first letter of the host city.

What are the reasons for Pororo’s extraordinary popularity? According to consultant Dan Acuff, who was involved in marketing for Disney and Kellogg, there are generally four factors that lead children to become attached to certain characters.

The first is “nurturing.” By caring for Pororo, children gain emotional security. According to a psychological study, 80 percent of the dreams by children under six involve animals. Kids resolve their insecurities through animals, especially the ones that are round and comfortable in shape. From as early as 18 months, children perceive sharp or acute shapes as threats.

The second factor is a “like me” mentality. When children look at the tottering penguin, they identify with the character. It leads them to want to emulate the behavior of Pororo and the other characters. Children are attracted to the dark side of the character as well. When Pororo gets into trouble by destroying a friend’s toy or eats cookies that his friend made, children feel a guilty pleasure.

In Korea, Pororo has earned the nicknames “Pororo the President” and “Pororo the God,” and interestingly, the nicknames were bestowed by the parents, not the children. Pororo’s status illustrates the growing power of children in marketing and sales. American economist James McNeal predicted in the 1990s that human civilization had passed through the eras of patriarchy and matriarchy, saying that modern society has entered a “filiarchy,” in which children have the decision-making power in the family.

The growing influence of the little penguin is inspiring, and the success of Pororo deserves all the praise it gets. Yet many parents are not entirely welcoming of Pororo the President and Pororo the God, as the popular franchise pressures them to open their wallets to satisfy their ever demanding children.