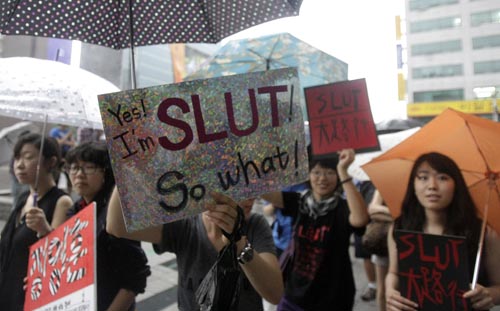 Korean women march during a “Slut Walk” demonstration in Seoul yesterday. First occurring in April in Canada, the protest was against a Toronto officer’s remarks that women shouldn’t dress like sluts if they want to avoid being sexually assaulted. Since then, the movement has spread across the globe. [AP/YONHAP]