Power of the Son

Power of the Son 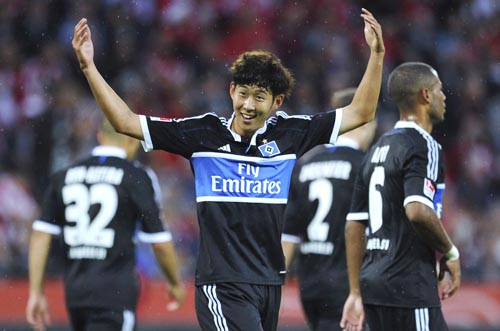 Korean striker Son Heung-min of Hamburg SV celebrates after scoring his second goal against Bayern Munich during a friendly match in Mainz, Tuesday. Son scored in the seventh and 30th minutes to help Hamburg beat Munich 2-1. Son, 19, now has 17 goals in seven preseason matches, the most at the club. [REUTERS/YONHAP]