The tragedy of Prometheus, replete with skin and rope

The tragedy of Prometheus, replete with skin and rope 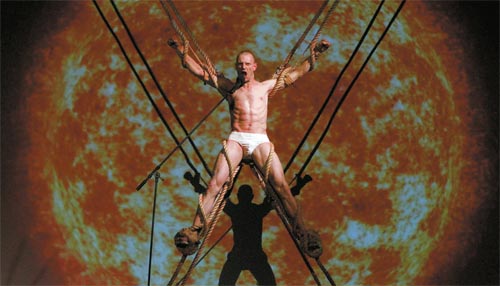 An artist performs on stage during a dress rehearsal of Troubelyn/Jan Fabre dance company’s performance “Prometheus - Landscape II” at Volkstheater in Vienna on Monday.

“Prometheus - Landscape II” is directed by Jan Fabre and premiered on Tuesday as part of ImPulsTanz 2011.

Over 40 companies from around the world are participating in the festival. They include Belgium’s Ultima Vez, Canada’s Compagnie Marie Chouinard and Britain’s Akram Khan company.