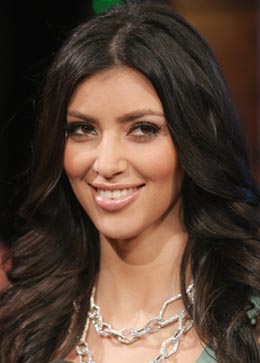 The reality show starlet on Wednesday sued the store and its parent company, The Gap Inc., in a federal court alleging their ads violated her publicity rights with ads that feature a woman who looks like her.

A broadcast ad featuring a smiling, dark-haired woman who bears a resemblance to Kardashian has been viewed more than two million times on Old Navy’s YouTube channel.

Kardashian’s lawsuit claims consumers may be confused by the ads and the model’s actual endorsements, which include her own clothing store and shoe line.

The case sites all the benchmarks of modern celebrity: her eight million followers on Twitter, more than five million fans on Facebook and ranking as one of the most searched-for celebrities on the Internet.