Stewart suits up for battle in ‘Snow White’

Stewart suits up for battle in ‘Snow White’ 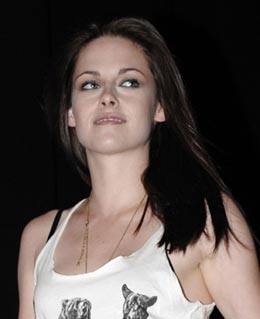 SAN DIEGO - Kristen Stewart dons armor and wields a huge sword and shield for her next movie. Rest assured, it will not be your mother and father’s “Snow White.”

Stewart joined other cast and crew Saturday at the Comic-Con fan convention for a preview of next year’s “Snow White and the Huntsman,” an action-packed twist on the fairy tale.

The “Twilight” star said that doing a sweet, traditional Snow White was not something “I was jumping at.” What attracted her was that this Snow White was a bold leader with her feet firmly on the ground.

“Also, I get to have a sword and stuff,” Stewart said. “Really cool weapons.”

The movie is due out next June and is one of two “Snow White” movies Hollywood has coming.